Stars like Justin Beiber are into the Bored Ape Yacht Club. Look up the other famous people who are already holding these Ethereum NFTs.

In the wake of the massive hype over non-fungible tokens, many famous people are "aped" into the Bored Ape Yacht Club (BAYC). Bored Apes are the most loved collection of NFTs in volume. They are closely followed by the Mutant Apes and the CryptoPunks. Many argue that the influence of BAYC is greater than the impact of The CryptoPunk collection. Bored Ape Yacht Club has held exclusive events exclusively that are only open to token holders including a private event that took place in New York City featuring Lil Baby and The Strokes. Find out how you can purchase a Bored Ape, why NFTs are worth it, or learn how to buy NFTs all over the world.

Justin Bieber purchased his first ape on January 29th, 2022. The purchase triggered a new market of volumes in the market. Bieber's purchases were criticized in the NFT community because he had paid about 4x what was the "market value" assessed based upon the attributes of the product and its rarities. Justin evidently didn't mind that his pet wasn't the most sought-after - or it's listed at 500ETH. He bought it nonetheless.

The Tonight Show host Jimmy Fallon is currently a member of his fellow members of the Bored Ape Yacht Club. A few notable features of his Ape include a Blue background (12% of Apes) and a Navy Striped T-shirt (3%), Heart sunglasses (4%), Cream fur (6 percent) along with the Sea Captain's hat (3 percent). Jimmy Fallon bought his Ape for 46.6 ETH in collaboration with crypto app Moonpay. Moonpay is an app that lets users to purchase NFTs directly without the need to utilize DApps similar to Opensea.

Soccer legend Neymar Jr. from Paris Saint-Germain joined the Bored Ape Yacht Club using Ape #6633. The ape was purchased for 160 Ether, or about $400,000 in the year at that time. The most notable characteristics of Neymar's ape are Part Hat #2, Bubble Gum mouth, and holographic eye.

Actor and comedian Kevin Hart joined the Bored Ape Yacht Club in January with the ape number 9258. He purchased the ape for 79.5 ETH, which cost Hart about $200,000 at the moment. Hart's ape features a spinner cap, an ooo mouth as well as angry eyes.

American model and actor Paris Hilton recently joined the Bored Ape Yacht Club with Ape #1294. The actress was featured recently on the Tonight Show with Jimmy Fallon in which she discussed her recent purchase and displayed her NFT. Hilton purchased her APE for the equivalent of 119 Ethereum, which was around $275,000 in the year at that time.

American rapper and collector of NFTs Snoop Dogg owns a full set of BAYC, MayC (M1 and M2) along with an Bored Ape Kennel Club. Snoop Dogg, who's also known via his pseudonym Cozomomedici on Twitter, also owns CryptoPunks, Artblocks, XCOPY and many other high-value NFTs.

Los Angeles Rams Linebacker Von Miller bought Bored Ape #4733, which cost 25 Ethereum. Some notable traits of Miller's Ape are the white fur, robotic eyes and a cowboy hat. Miller also owns Ape #1432 that was acquired, possibly to him as a present from NFL player Dez Bryant.

Venture Capitalist, Managing Director at Boost and VC Adam Draper purchased Bored Ape #9132 and uses it for his profile photo on Twitter. He tweeted recently that he wants to fund the owners of founders that control Bored Apes, showing his gratitude to the Bored Ape community. Draper's Ape was purchased at a price of 54 Ethereum that's more than 200 thousand dollars in USD.

EDM artist Steve Aoki owns several NFTs, including a CryptoPunk and Bored Ape Yacht Club. The artist has also unveiled his personal NFT collection, and has been involved in the NFT community for more time than famous Ape owners. Aoki purchased BAYC #8716 for 49 Ethereum. Notable traits on Aoki's ape are said eyes, a an embroidered lumberjack shirt, as well as a fisherman's cap.

Danny Also popularly known as @seedphrase Twitter has recently bought his first Bored Ape. Danny is an extremely avid NFT collector and his collection has been valued at thousands of dollars. Danny's most renowned item is his CryptoPunk as it is the rarest Punk within the entire collection. The only Punk to have 7 traits, Danny has been offered 20 million dollars for his NFT however he declined the proposal. Since he bought an Ape which has seven attributes and he was willing to pay a premium. Danny was charged 100 Ethereum ($420,000) for his Bored Ape Yacht Club NFT.

Owner of the Dallas Mavericks and esteemed billionaire Mark Cuban has voiced his interest in cryptocurrency and has recently been experimenting with NFTs, too. Cuban owns Bored Ape Yacht Club #1597 that was presented to him in exchange for a gift. The estimated value of Cuban's ape was $250,000 at the moment of writing. One of the most distinctive characteristics of Cuban's Ape are Cheetah fur BAYC flipped brim hat and the Hawaiian shirt.

Timothy Zachery Mosley, also often referred to as Timbaland is a member of The Bored Ape Yacht Club with Ape #590. Timbaland is a American music producer, producer and writer. He recently partnered with BAYC in the creation of a new Metaverse Production Company "Ape In Productions." Timbaland bought his Ape for 74.69 Ethereum, which is about $300,000 at the time of writing.

Shaquille Rashaun O'Nealalso popularly known as Shaq is a retired NBA actor and celebrity. Shaq is also a fan of "Creatures" NFT which he's displayed to his more than 15 million Twitter followers. O'Neal has aped to the Mutant Ape Yacht Club, that is Bored Ape's 3rd collection, after they released the Bored Ape Kennel Club. He purchased his Ape at 4.8 ETH, which equates approximately to $2000.

NFL player and Denver Broncos Wide receiver Dez Bryant was spotted at the Bored Ape Yacht Club with Bored Ape #2902 which was given to him likely as a present. The transaction took place five months ago . At the time, Apes were selling for about 10 Ethereum. Today, Bryant's ape is worth about 60 Ether that's around $250,000. Some notable characteristics of Ape #2902 include cheetah fur, sunglasses and king crown. 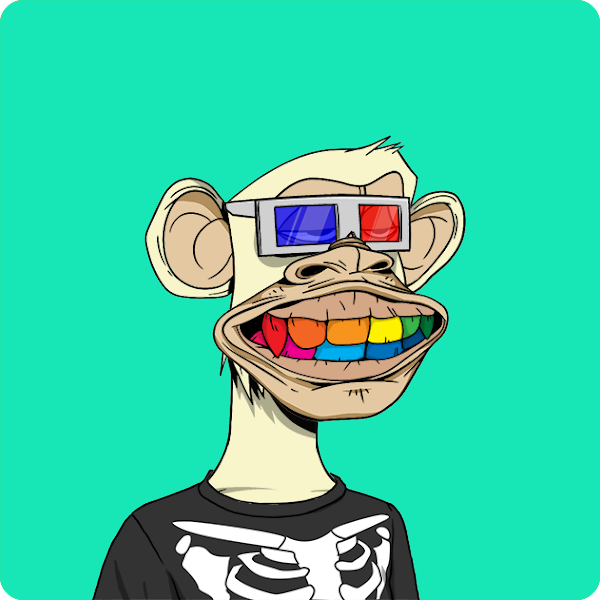 EDM DJ and artist Marshmello was an early adopter of NFTs. In addition to owning two of them: CryptoPunk as well as a Bored Ape, but he has released numerous NFT collections to his followers. Marshmello has purchased an ape that is rare for about 75 Ether. The most notable features of his Ape consist of 3D glasses as well as a multi-color grin, and bones-themed Tee.

A YouTuber and an influencer, Logan Paul has been vocal about his NFT collection on Twitter. He has multiple CryptoPunks as well as he's been ape to multiple Bored Ape Yacht Club NFTs as well. Paul purchased his Ape for just 34 Ether The Ape is believed that it's worth more than twice that amount in Ether tokens at present. The most notable features of Paul's Ape comprise DMT fur, 3D glasses and cape.

Dimitri Leslie Roger, better known as Rich the Kid, is an American rapper with over 8 millions of followers on Instagram. Roger is known to use his Ape on both his Instagram as well as twitter profile photos. Roger is also the owner of a Mutant Ape, which he previously used as his profile picture on social media. Some notable traits of Roger's Ape include black fur crazy eyes and a black holes tee.

Future is widely considered to be one of the founders for the "trap" genre dominating the music industry today. The mega-influencer aped in on November 28, 2021 with BAYC#4672. Future is also seen with the Doodle and one of the Meta Birkin. Future isn't afraid of spending large sums of money on expensive items. In the episode featuring Future from Sneaker Shopping with Complex, the father of 6 racked up almost $38,000 for a single trip to Barney's. Future has been flexing his NFTs all over Twitter, and it seems as if he's excited for what's to come.

DJ Khaled is a pop sensation who has a reputation for bringing together some of the most famous celebrities in the industry on his records. Khaled is an iconic figure well-known for his fondness for declaring things like "we tha best" and "anotha one". Khaled's Ape was purchased by MoonPay and was given to Khaled at the end of December in 2021. With the advent of NFTs, he's going to want...

Detroit-native rapper Marshall Mathers is the first artist to reach platinum in 4 separate years. It's difficult to underestimate his influence, but even Em' couldn't resist picking the Bored Ape. Eminem purchased the Ape from Twitter user @Gee__Gazza, who had been publicly hoping that Marshall would one day be the owner. At the very start of 2022, that dream came to a reality when Em purchased the Ape from him in exchange for 123.45 ETH, worth over $400,000 at the time of purchase.

Grammy nominated Philly-native rapper Meek Mill has been excited regarding web3 lately. Meek launched his 2022 project by releasing a brand-new Bored Ape. He also teased that his forthcoming album could be released only as an NFT.

What will you find when you blend the two? Bored Ape and a Mega Mutant Serum? Ethereum founder Taylor Gerring decided to find out. At a cost of $3.5 million tgerring.eth bought one four remaining Mega Mutant Serums. The Serums are airdropped to Bored Ape holders for free and can be employed to produce a new Mutant Ape. A majority of Serums were "M1" and "M2" and produced the bulk of Mutants currently available. But, there were also 12 famous "Mega Mutant" Serums that created Mega Mutants. The Mega Mutant Serums are the top-selling of all item in the Bored Ape Yacht Club ecosystem, and they are generating lots of excitement for the Mutants.

Alexis Ohanian is the co-founder of Reddit and husband to Tennis tennis legend Serena Williams. Ohanian has been busy with Web3 and has also founded a brand new venture capital fund focusing on Web3 called seven seven six. The fund will support the development of the industry that is booming. Alexis is a new member of to the Bored Ape Yacht Club back in June 2021, with BAYC#8121. A collector who is a voracious collector of trading cards, Ohanian is in love with NFTs for a while including BAYC#882 in his collection recently.